Have you ever dreamt of flying?

I’m always game to try out anything new so when my friend Pearl told me about Flight School SG, I jumped at the chance of learning a brand new skill and gaining new experiences! I mean, who hasn’t dream of flying right? Together with Wai Chung, who had to shelve dreams of being a pilot because of his bad (pre-Lasik) eyesight, we made our way up to Seletar where the local company is based to check it out. 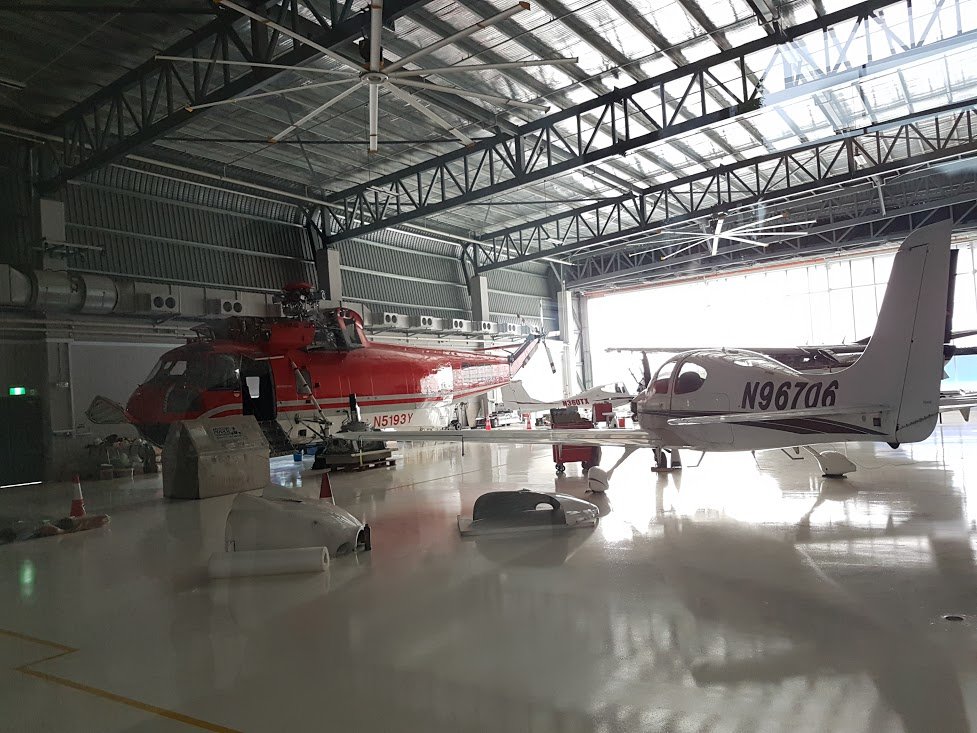 The first of its kind in Singapore for the general public, they are located at WingsOverAsia (Hanger 66). Walking in after we exchanged our driving licenses for their security passes, the both of us couldn’t help but notice some of these beauties on the same floor of the dedicated flight simulation room. Yes… even though they’re less than a year old, these fellas are super serious about what they do! 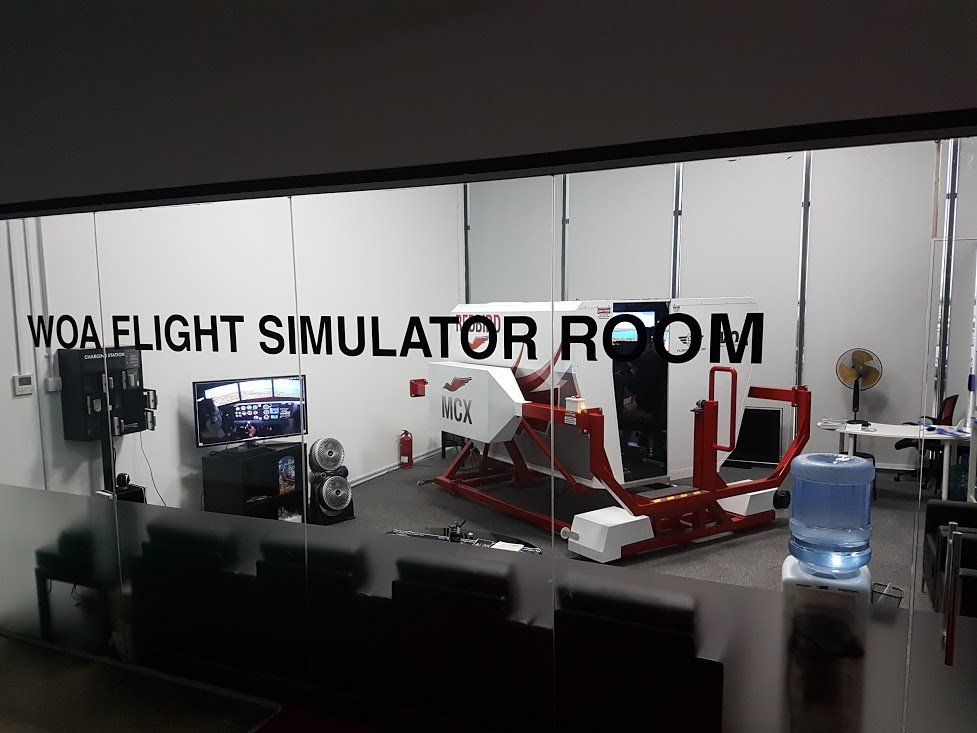 We were greeted by our friendly instructor, Captain Vincent Lim, who is a commercial pilot himself. A co-founder of the company, the Singaporean private jet pilot began his career serving the nation as an airforce pilot during his NS days and has been flying since 1986! He currently works for a corporation that deals in medical evacuations, which I think is a very noble job… The man’s practically an angel with wings! 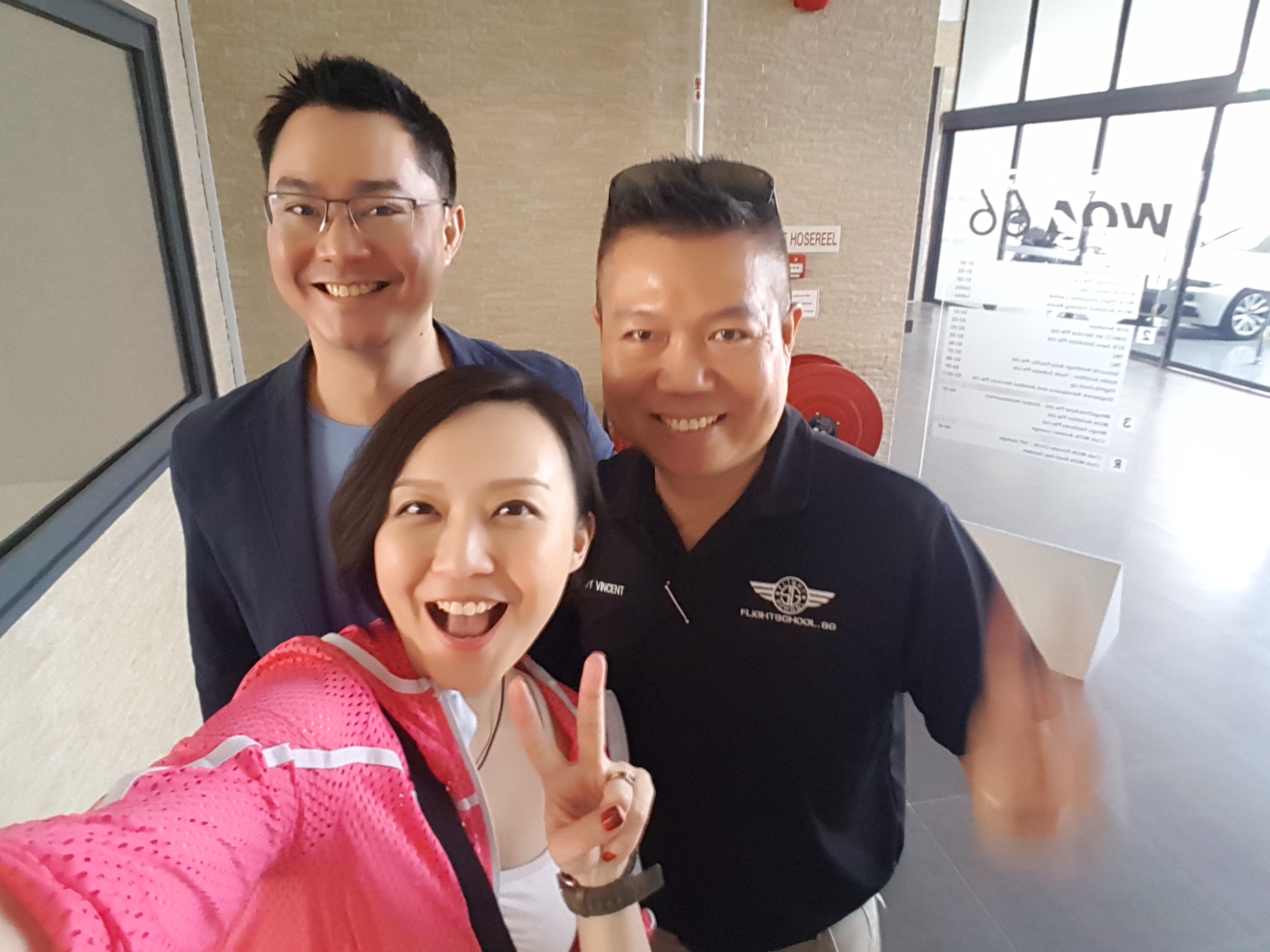 Introducing us to their Red Bird Simulator MCX Cessna 172RK (basically the latest model in the market) which boasts an impressive glass cockpit in the fixed wing motion simulator, Captain Vincent shared that some of their clients consist of commercial airlines and not just flying enthusiasts! Hopping in and buckling up after adjusting your pilot seat and headset, it did feel very real. I was given a briefing about all the bells and whistles by the good captain, who was seated on my right.

Looking at the instruments, the avionics were sophisticated and weather conditions like rain or snow could be set. Speaking to a controller also added a very realistic touch! Just like flying in a real plane, the instructor would also be seated next to you with similar pedals and controls akin to that of a driving instructor in a car. After we set our location (the graphics remind me a little of playing Daytona at the arcade), I spent the next half hour or so learning how to fly! 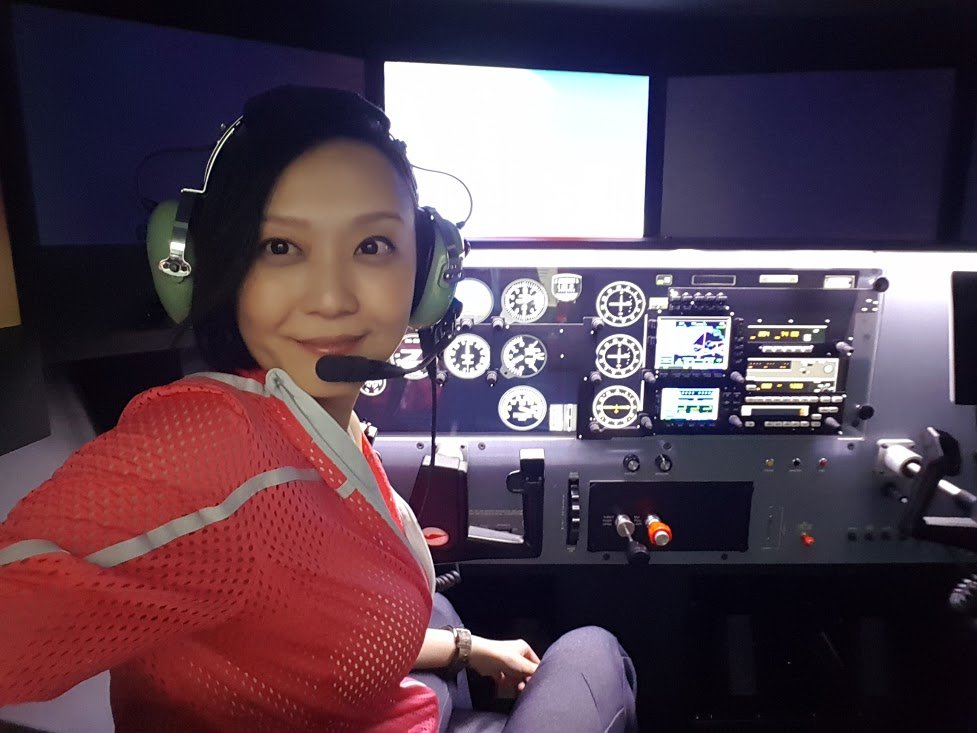 Wai Chung was a natural and I took a few videos of him piloting the Red Bird Simulator MCX on Instagram. Time literally FLEW. Captain Vincent was clearly experienced and extremely patient and encouraging (a lot more so than my driving instructor!) and after trying this out, I have to agree that it makes a lot of sense. Training on a simulator before an actual plane definitely have its perks; besides not dying (because if you do crash, it’s not an actual “Game Over”), you won’t suffer from landing phobia.

Yes boys and girls. Landing phobia is very real. IRL you’d require 15 minutes to “reset”, i.e. turning the plane around and all, before you can practice landing your plane again. Now with this savvy technology, all your flight instructor needs to do is simply set the program for you to practice landing your plane on the landing strip again! All that just takes a few seconds, making it an efficient use of your time for those serious about getting a Private Pilot License (PPL). 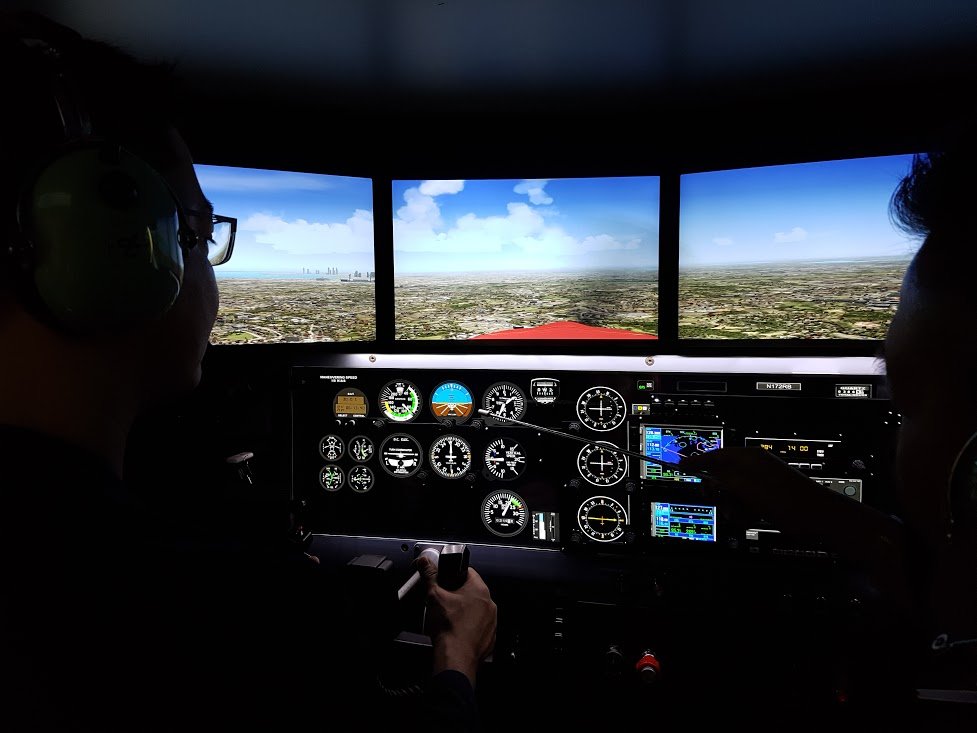 Speaking of which, the traditional way is to spend 6 to 9 months clocking flight time before going for the official FAA test in San Diego. Training the flight simulator way, students only need 2 to 3 months before heading up to the US for 25 days with the actual plane for their certification. This saves you tons of money too! Captain Vincent shared that in general, their students are a lot more prepared and confident with their skills, with a higher passing rate than student pilots who go via the “old school” way. Nice.

Flight School SG currently offers different programmes, even extending their courses to young aspiring aviators! If you’re a discerning parent looking for an extra push for your teenager to apply themselves towards school subjects like science, math, physics, aerodynamics, etc… You now know a brilliant way of dangling that carrot! As long as you’re medially fit, and not colour blind, you can sign up for this. Again, you don’t even need perfect eyesight! 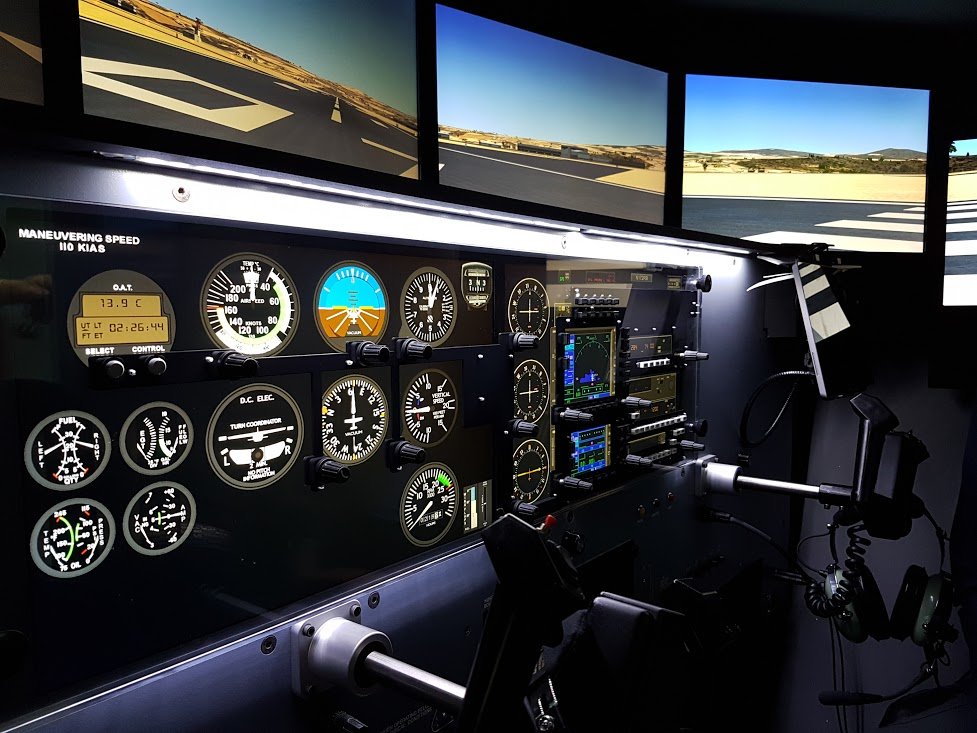 If you’re already a leisure hobby flyer, you may be interested in the club’s private membership which also offers co-share ownership of a plane. Those of you who want to realise your dreams about flying; you now know who to call 😉 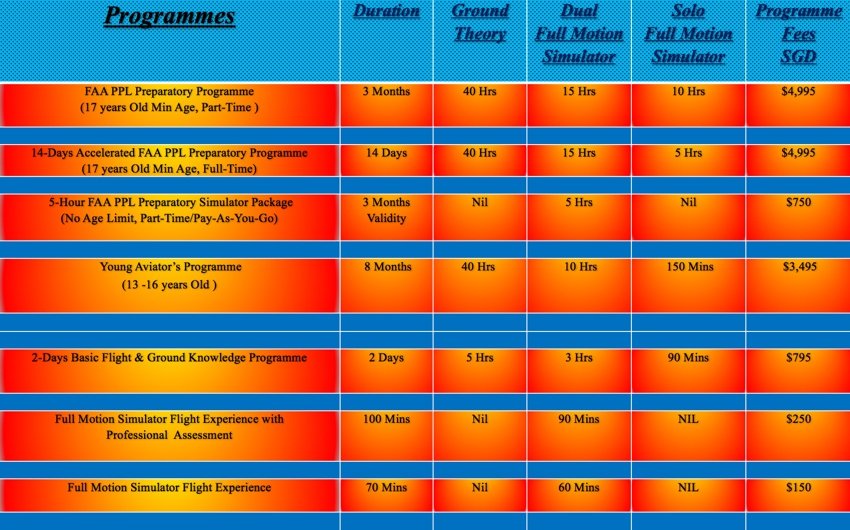 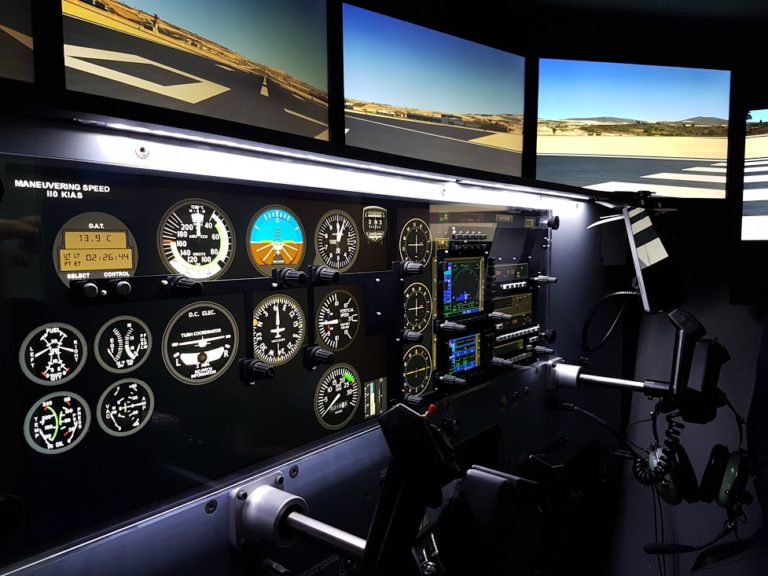