Who is Allan Zola Kronzek, and what is this book all about?

Allan is an educator.  He has developed 3 programs on the science and art of magic, and the world of Harry Potter.  These programs have been very popular in schools, colleges and libraries.

He is also an author and has written 4 books: one on magic for kids, one on a guide to Harry Potter, the third is on the game of Poker, and the fourth is a book for magicians.  This last book contains 4 close-up effects. These 4 effects have been updated and are included in this book “Artful Deceptions”.

In the Introduction to his book, Allan set our expectations to what types of tricks are offered inside.  He confessed to liking efffects that have a theatrical presentation, so that the audience can be hooked emotionally to the tricks.  He also favour tricks where the audience can handle most of the props, such as playing cards, themselves, so that magic literally happens in their hands.

Allan includes his actual patter in each routine.  You do not have to follow exactly his patter as your performing style may be different, but the patter does set the primise for each trick.

There are 9 effects in the book.  The last effect is not a trick, it is a patter for a bill switch.  The other 8 effects are card tricks.

This book is more about the art rather than the techniques of performing magic.  Although the 8 card effects are variations of known card tricks, Allan shows how to structure each effect in order to achieve drama and theatre in the presentation so as to engage the individual spectators and make the effect memorable to them.

With regards to card techniques such as card controls and moves, Allan is no slough either.  He uses side steal, card cull, Marlo’s OC/DC control, ‘Erdnase’s colour change, and top change in his tricks.

This is a nicely produced book comprising only 94 pages but with stiff black covers and an attractive narrow book sleeve.  It is book you will be proud to own and display in your bookself. Most importantly, it will help you to rethink the way you currently present your magic. Magic is our passion but we are not a magic shop ? You can purchase this here! 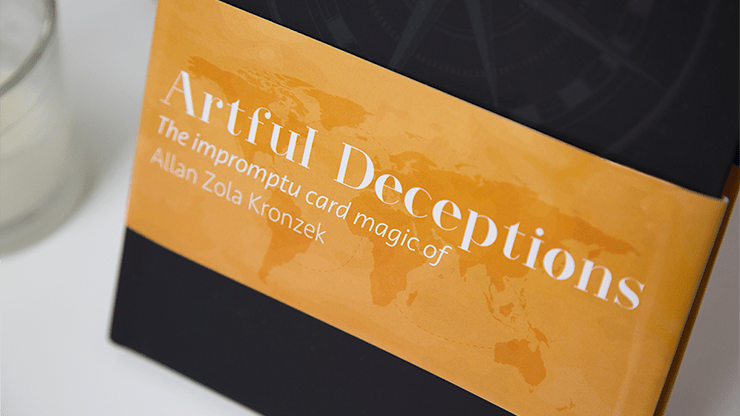