From Los Angeles to London, people’s jaws have literally dropped after witnessing the incredible close-up magic of Etienne Pradier. But there’s more to this guy than meets the eye. Etienne became fascinated by magic at an early age and rapidly made a name for himself as a truly gifted close-up magician. He’s published a number of well-recognized routines and effects, and has even used his clever talents to fool Penn & Teller. Uniquely skilled, creative, charismatic, and immensely entertaining, Etienne Pradier is now one of the UK’s most successful London UK-based magicians and a favorite with the Royal family. Join us for an amazing lecture At The Table with none other than Etienne Pradier! Here’s what you’ll learn:

Card Under the Pen: A quick card effect, perfect for trade shows!

EP’s Card in Mouth: Etienne turns the classic card-in-mouth effect into a transposition!

Coin Voyage: Etienne’s take on a classic plot in magic. The chosen coin vanishes from under a wine glass into a crumpled bill in the spectator’s hand.

Marriage: Etienne’s version of the Anniversary Waltz. This version includes smooth moves, and hilarious moments in the style that we’ve come to expect from Etienne. This gets killer reactions!

Red Hot Chili Pepper: Etienne’s take on Red Hot Mama. It’s the same as the classic, but with some great Etienne touches!

Omni Deck: Etienne shares his routine that utilizes an omni-deck. He includes a clever load that never requires you to go to your pocket. If you own and omni-deck, you’ll definitely be using this one!

Time Watch: An impromptu watch effect where a spectator chooses a time, and now the borrowed watch is now at that time!

Cold Card: An edgy and incredibly hilarious routine and a dual reality ending that will leave your audience in tears!

This is an extremely fast lecture that may not be very suitable for beginners. Etienne Pradier blasts through everything in the first half, before slowing down more only in the second half.

Another reason why I feel that it may not really be suitable for beginners is because of the way this lecture is done. You are kind of already expected to know most if not all of the moves and ploys he is using. While he does go through some of them in the second half, it is rather brief. So if you are a beginner, you might feel a little lost.

With that being said though, if you have been performing and been into magic for a while now, you should find that there is a TON of usable material in this lecture. In this lecture, he goes through a vast array of material, from cards, to coins, to bills, to even a little bit of gimmicked stuff. I personally feel that the value of this lecture comes where Etienne Pradier puts his spin on commonly known routines. His ideas are pure gold.

There are so many brilliant things in this lecture, but my favourite probably has to be his take on the Anniversary waltz. It is clear that he has performed it a billion times and put a lot of thought into it, slowly refining it over time. He milks it a whole lot and even adds extra effects in it.

The beautiful part about it, is that you are already going to be doing it as part of the natural progression of the routine, but by performing it this way, you get an extra effect. Watching him perform this makes you feel like kicking yourself for not thinking of it because it’s such a simple yet strong addition to the routine.

Additionally, for the Anniversary Waltz, he also teaches another handling which is cleaner than the standard performance, where you can show everything extremely cleanly. On top of that, normally, in the routine, once the cards are put together, it ends there, but in this handling, you get an extra effect where you can also split the cards and rejoin them back again.

Another one that I really like in this lecture is his take on the omni deck. If you perform the Omni deck at all, I think you might like this. In this version, the hand holding the deck stays in full view the entire time, and the way it is structured is really nothing short of brilliant.

Would I recommend this lecture? Definitely. You get two hours of learning material stuffed full of gold nuggets, jokes for magicians, and honestly, if you really take the time to study it, it is a masterclass on timing and movement. At $7.95, I’d say go for it. If you are not a complete beginner, you’re bound to find something you can use. 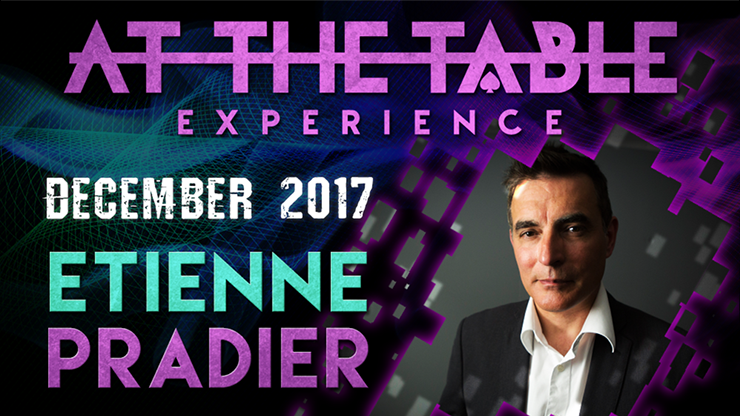