Coming from a background of teaching pastry to homemakers and professionals, I can see how this beautiful book would appeal to both.

Every bento is so pretty and well-executed. I spent the better part of an hour just deciding which recipe to attempt first. Finally, I narrowed it down to three recipes: Walking in the Rain (p 40-41), Panda in a Bamboo Forest (p78-79) and Baby Chicks (p82-83)

The lady is a genius! At first glance it looked too difficult but Shirley writes simply and clearly and explains the bento making processes so that if you just follow the steps closely you will find that you can achieve something quite similar.  Even if you don’t have access to the exact same ingredients, you will probably be able to substitute another ingredient as she suggests alternatives. Take a few minutes to read the first few introductory pages on ingredients and equipment as you would understand everything quite easily after that.

I had already gotten most of my food items, equipment and plating from the local Daiso and our usual supermarkets. A few ingredients were just not in my larder so I made do with whatever was hanging around in the vegetable compartment.  For instance, I used zucchini instead of beans for the bamboo shoots. I didn’t have the decorative pick for umbrella hook so I used a cooked dried shrimp.

5 hours of ignoring my phone later, I had made 3 bentos.

Now usually after five hours of working on a project, I am a nervous wreck and want to throw in the towel, but it wasn’t the case today. Hurray! This book was just too much fun to follow. Shirley’s refreshing use of mostly natural colours and simple ingredients, coupled with the pleasure that comes with playing with my food, made me feel very much the calm domestic goddess rather than a deep-fried mess of a housewife (that’s what I usually am, by the way!).

Considering that while doing this project I was running a low grade fever (read: slow on the uptake and more butter-fingered than usual), I really applaud her clarity in teaching and sense of beauty in the art of bento.

I almost forgot to mention how delicious her recipes are. I am looking forward to doing some of the simpler recipes with my kids next time. It’s not a book that will collect dust on the shelf for sure and unlike cake art, you can eat bento everyday as it’s very healthy.

You can follow the talented Shirley Wong, also known as Little Miss Bento on littlemissbento.com and www.facebook.com/littlemissbento . 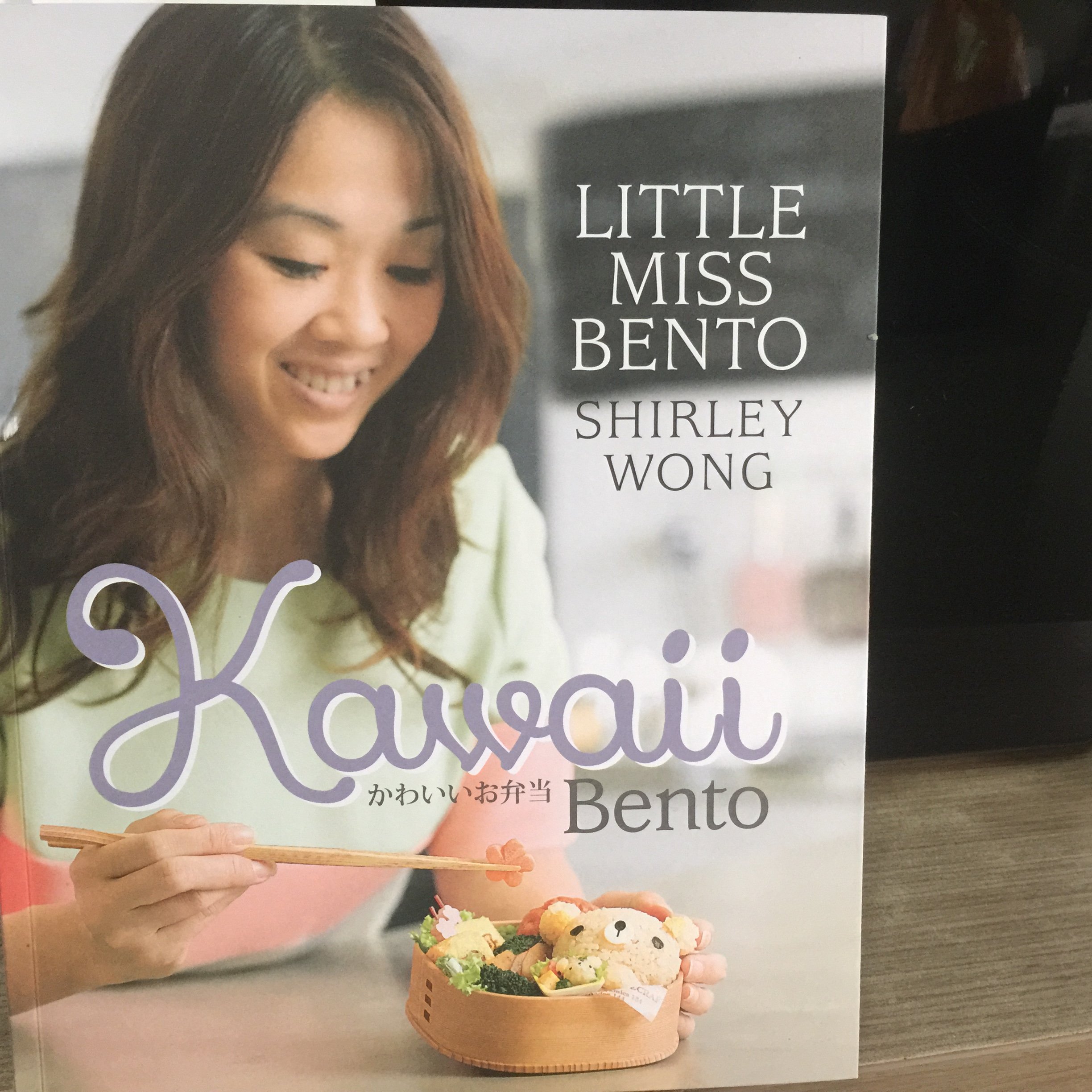